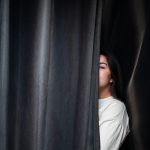 Today, I want you to step out of obscurity. Step out of it and let people know what you’re doing. Let people know what it is that you want to do. Obscurity is all about getting out of that comfort zone. Getting out of where it is you are at the moment and letting people (and yourself) know what you want to do because a lot of people are saying they want to be this or that… they want to be successful traders, entrepreneurs, etc. The top and bottom of it is they live in a metaphoric bunker. It might as well be a bunker under the ground! Tell people what it is you want and that you want to succeed and that you’re GOING to succeed. Set these goals – 10x what it is you want. Really push yourself and get yourself out.

We all say “I’m trying my best”, but there’s not really such thing as “try”. You either do or you don’t. It’s either black or white, not grayish. It’s the same with anything– be that proud, passionate, dedicated, and committed, that you’re out of obscurity. You’re telling people “This is it. This is what I’m doing and this is what I want to become. This is the road I’m going down.”

Once people get it, they will start to take you seriously. Once you have the drive inside that you’re WILLING to become who you need to become. Know why you’re doing it. Know why you want to get out of obscurity. You want people to see you. You want to show them your whys, and the “how” will fall in its place.

I spoke to a potential client yesterday and we were on a call together for at least 40 minutes. He mentioned that he wanted to learn to trade and he wanted the time and financial freedom, and so he was asking about our course – what it all entailed, etc. I explained everything to him and everything seemed great. Then he said he would want to start with it in three or four months from now.

So I said to him: “In four months’ time, so much is going to happen in your life, other people that you know are going to come across things, like your parents, wife, and children. You can gather as much information as you want to but you’re still not going to be there. If you want to make a decision, make it NOW. You’ll really get yourself out of obscurity”.

Just out of curiosity, I asked how much he was earning. The answer was £25,000. So I asked how many hours a week he was doing. He said about 40. But then he said he starts at 7 o’clock and is at work until like 8 or nine o’clock at night.

Then I said “Right, you have to do your numbers and everything. You’re not doing 40 hours a week. You’re actually doing the best part of 55 to 60 hours a week and getting paid £25,000. There’s no room for you to be moving out of what you’re doing. You haven’t got the time to even think about what it is you want. You’re saying that you’re going to finish your project in December, but you don’t know that another product is going to come up in December because if it wouldn’t, there would be no reason for you to be employed in your current job.

Once I explained that to him, he really kind of got the gist of it but he had other work at the moment so he didn’t physically have the time. I advised him that the best thing to do would be to sit down and ask himself what it was he wanted. Basically, to look at the “what” instead of the “how’s”.

So get yourself out of obscurity and take that massive action so people know that you’re “for real”. And I guarantee you things around you will start changing.