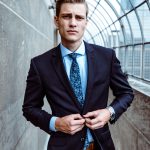 Today I want to speak about obsession. We can all have this interest, we can all be following a certain process or working towards certain goals. We might not hit some of the goals, but we have to be 100% obsessed with what we’re doing. You have to take 10x more action to what you would normally take to achieve what you want.

I’m a big advocate of telling the complete truth – a lot of people will go forth with some project to achieve what they want to achieve, and people think you can achieve it over a couple of years. You can do. But it’s going to take massive obsession. Obsess about the fact that you’re putting the commitment in. Along this journey that it’s actually taking you to hit that goal, you’re going to have these short-term victories. We’re having them because what’s going to happen, is that it’s going to get challenging.

Whether you’re running an existing business, or whether you’re new to business, whatever it is, you just have to be obsessed. The majorly successful people I’ve worked with were always really OBSESSED. Some people are obsessed with actual work and they become great at what they do. They tend to rise up to being the managers, CEO’s, and The Managing Directors of the companies.

People used to think (and sometimes they still do) that I was work-obsessed or manic as well. People would be asking: “Is he okay?” They’d be talking to my parents, my wife, the in-laws, or even to me. They would say that I seemed to be a bit stressed or overworked. In reality, I wasn’t stressed, I was just so focused and obsessed with my work but they couldn’t get it because I was on a completely different level than they were used to.

“Average” Won’t Get You There

You’re also going to have to reach out to people – team members, family members, friends, work colleagues, people out there from a different environment. Reach out to them and gleam their resource from them so that you can hit your goals. It’s meaningless pointing at something and not hitting it. That’s how goals start to drop away.

Let’s think of a fire burning. To keep that fire burning, you have to keep throwing wood in. Then you can get the passion out of it. And it’s the same analogy I use with our team. The commitment is the wood and the passion is the fire. So obsess about your passion and commitment.

When you hear people saying “Oh, he’s an overachiever”, it means he thinks on an obsessive level. These people are not any different than you and me. They aren’t people who wake up in the morning and float above the earth. They’re only obsess about what they do. They’re probably writing their goals down two or three times a day. They are up in the morning around about 4 o’clock, 5:30 at the latest. They wake up at that time-frame window when nobody else is about. Nobody else can bother them. They’re already starting their day, fully planning it ahead.

So when other people actually come in to their workplace around the 7–9 o’clock mark, boom, they’re already there. They’re obsessed and supercharged. Super on point, ahead of the game, lunch time is for them around 10 o’clock in the morning.

Then the “average” guys come in, still wiping their sleep out of their eyes, their hair a mess, and they have a rough, old baggy shirt on and are not organised at all. When they look at the overachievers, you then look at them and there comes envy because how can the guy get up at 4 in the morning, be so fresh at 9 in the morning and so on point? And there grows disconnection.

The minute you start to be obsessed with what it is you want to achieve, there’s going to be disconnection between you and people around you– some of them might be your friends, some of them might be family members. You’ll also start to get haters – people that will think that you are pushing too hard, you’re too “in their face”. Everything bad, nothing good – you’re not benefiting others, you’re not employing people, you’re not putting food on the table… don’t let that through the door. You’re here to overachieve in your life and to succeed and get exactly what it is you want. You’re going to leave some people behind. So is life, but you’re going to push on and get exactly what you want.

Don’t think that you’ll achieve it if you only take average action. Do you want off the wall results? Take off the wall action. Forget the haters, go and get what you want! Get obsessed.