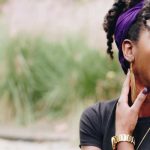 A lot of people think that when they want to move towards their visions, they need to change something about themselves. But you don’t, you’re just becoming a better, improved version of YOURSELF.

Yesterday evening, I had a phone call from a friend of mine. He was asking me for some business advice on what and how he should set up  on his account and how he’s probably a bit late for that… (In fact, Ryan is only 29) so I said to him: “Honestly, you’re still early for the game.” It comes with experience, but you are early for the game!  A lot of people feel like they have to rush the process at this stage. Instead of adjusting it, if you’ve made the decision, at whatever age it may be (It doesn’t matter whether it’s after 40, 50, 60, or 30 or 20), just trust the process, embrace it and enjoy! That’s really all it’s about, guys.

Believe in yourself, believe in the vision you wish to achieve and just work towards it. That’s where your goals and visions are hit. That’s where you can get rid of a lot of pressure instead of trying to rush the process. Just trust it; it will all work out right.

Believe in yourself and push on!

Sticking to Your Commitments