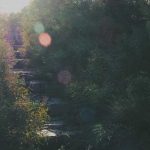 The Four Levels of Learning, also referred to as the Four Stages for Learning Any New Skill or the Four Stages of Competence, is a learning model, which has been developed by Noel Burch in 1970. Easily said, it is a skill which is acquired and honed by following the process of progressing from incompetence to competence.

The Four Levels of Learning provides a model for accelerated learning. Did you know that learning process consists of four levels? In his astounding video, Dale explains the system in only four short sentences:

Helping someone to recognize a blind spot can be compared to self-awareness. So let’s pinpoint any discomfort, explain that this experience may be new at the moment but with the right time and education things will become much easier. Now recognize the fear of future and misleading information on the subject we are trying to learn. In the end, let’s point out that there are many people who benefited on this subject, although they might have felt the same in the beginning. The goal is to become at ease about ourselves.