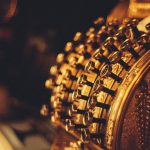 A real life short story based on a book Three Feet from Gold and it’s breakdown.

As it goes, back in early 1900s, there lived a certain gentleman who had this big dream of becoming a great gold miner. He gathered all the resources, men, tools and equipment, purchased the land to gold mine on and off he went to follow his big dream. However, months and years passed by and even though he had worked really hard, there was no gold found. So he said to himself: “Things don’t seem to be working out as planned.” And he came to the decision to sell up and move on.

And that is precisely what he did – he sold all his equipment, tools and land to another gentleman for basically no money at all. The next gentleman assessed the land, found a fracture in the land and started to dig three feet from where the previous landowner had finished. He moved the entire operation only a few feet from where the other man had finished digging and that was exactly where the gold deposits had fell off! As stories go, these deposits turned out to be the biggest gold deposits in entire American history. And what about the first man? He sure regretted his decision hard and thought these thoughts people sometimes think…

The story of that two gentlemen is a real life story. Everyone has his challenges and tons of people in history have been three feet from gold. However, a lot of people have carried on and found their gold in the end.

Turn Your Obstacles into Opportunities!

Fancy some real-life examples? Colonel Sanders, the founder of KFC restaurant chain, succeeded with his idea in 67 years of age. The investors turned him down 1006 times, always saying things like “Oh, the idea’s no good” or “We really don’t want to have nothing to do with this”.

Another one? Steven Spielberg was turned down three times from the Californian University before he left to become an actor, and… look at him now!

There are loads of similar stories, but their message remains the same – don’t let three feet from gold stop you from living your dreams. I don’t let them show up in my life and over the years I have learned that one has to be resilient to follow his dreams. To achieve the same, follow the examples of people that have done so, not the ones that haven’t.